In 2017, Brian Elston Law concluded a very heavily litigated case.  The workers’ compensation case reached the North Carolina Court of Appeals all the way from the deputy commissioner level.  During the legal battle, the client stenciled the above, which is a rendering of Achilles.  He was recovering from multiple surgeries, which were denied by the insurance company.  He drew a picture of Achilles, as he considered Brian Elston Law his warriors.  He appreciated Brian Elston Law’s ability to continue to fight and advocate for him, even though his claim was initially denied.  Sadly, he was not able to make it through to see the final outcome.  In the end, justice was provided to his family.

The picture hangs at Brian Elston Law, and will continue to serve as a reminder in 2018 to continue to fight at each stage for its clients.

We hope that it inspires you as well, and a reminder to not give up no matter the challenges that 2018 may bring. 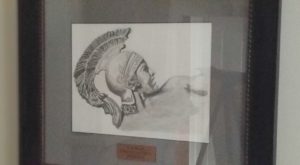 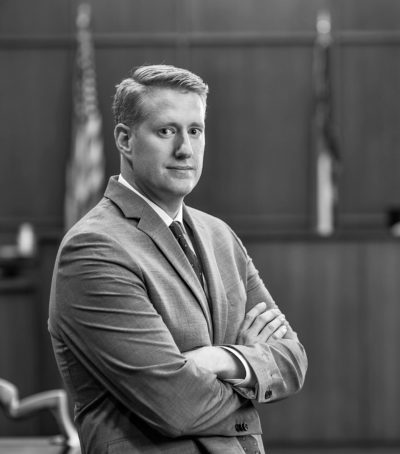 Attorney Brian Elston is honored to be named to the 2017 North Carolina Super Lawyers Rising Star List.  A “Super Lawyer” is a distinguished group of attorneys from around the state honored each year for their expertise in various areas of the law.  No more than 2.5 percent of attorneys statewide are selected annually for Rising Stars.

Brian Elston credits the nomination based on a determined legal approach that also earns the respect of his colleagues.  Brian has appeared in over 35 counties, district and superior court, in federal court, and the NC Industrial Commission.  Opposing counsel recently summed up his approach by stating that when he sees Brian on the other side, he checks his file one more time just to make sure he’s not missing anything.

Brian represents individuals in workers’ compensation, personal injury and civil litigation matters.  His focus is advocating for clients damaged due to the negligence or wrongful acts of another.

Brian Elston Law is located in Asheville and accepts referrals in the fields of workers’ compensation.